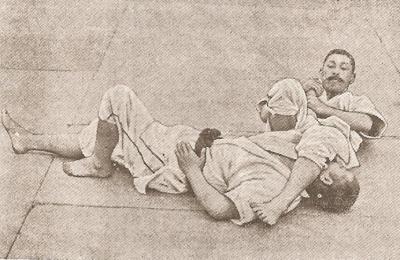 Mitsuyo Maeda, born December 18, 1878 was a Japanese judōka and prizefighter in no holds barred competitions. He was also known as Count Koma, a nickname he picked up in Spain in 1908, he pioneered judo in Brazil, the United Kingdom, and other countries.

Maeda was fundamental to the development of Brazilian Jiu-Jitsu, including through his teaching of Carlos Gracie and others of the Gracie family. He was also a promoter of Japanese emigration to Brazil. Maeda won more than 2,000 professional fights in his career. His accomplishments led to him being called the “toughest man who ever lived” and being referred to as the father of Brazilian Jiu-jitsu.